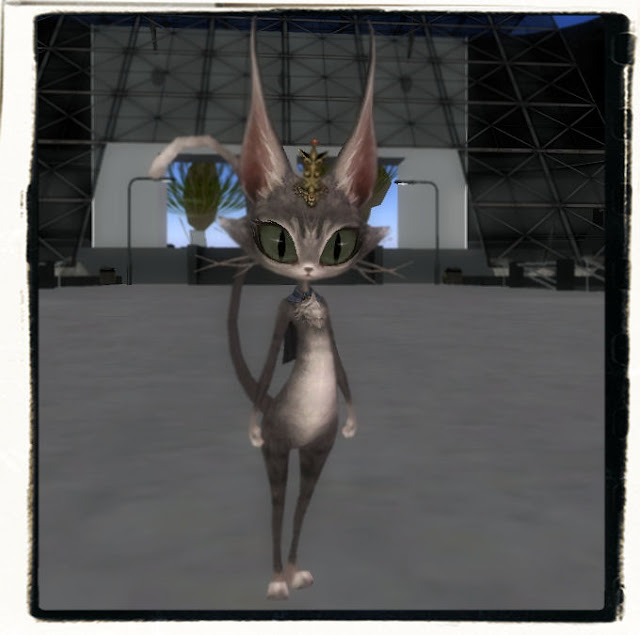 On a recent trip to LeLutka, I came across this magnificent little creature that was not an avi but an attachment to someone.  When they walked off, the little feline followed, sauntering across the pavement. I was too busy camming in to take a photo to do an inspection before they both poofed away and never got to see who created him or her  Look at those cute little spindly legs and melt your heart huge eyes.  Its when you see things such as this, you realize that in SL, our collective imaginations can never be exhausted.

NEWS UPDATE 28.02.13
Thanks to a kind flickr member, I now know this image is taken from Final Fantasy X1 as the character Cait Sith

"(Cait Sith is a mysterious figure who makes her appearance in the opening mission of the Final Fantasy XI expansion Wings of the Goddess. Little is known about Cait Sith at this point, but she is initially referred to as the "Regal Feline".

This is sold on SL Marketplace by Manticore so in actual fact the image is taken from another application and is not from the imagination of a SL creator.  Hmmm I wonder what the original illustrator would say eh?