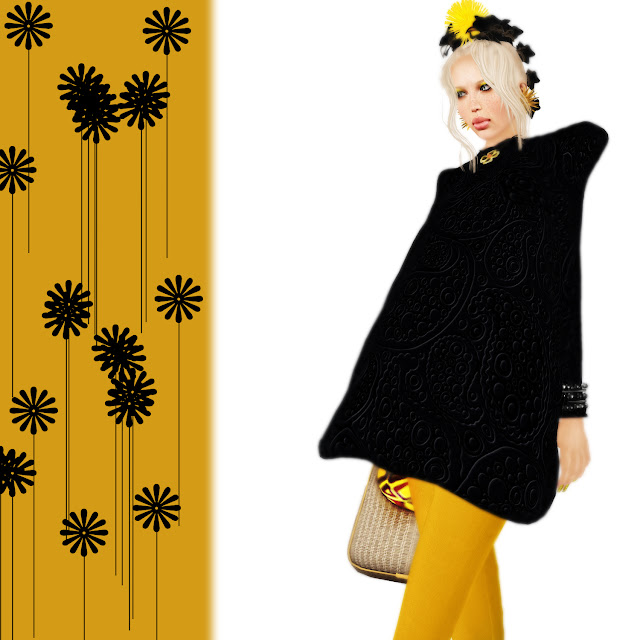 Not all LBD's have to be clingy, flesh-baring little number's.  I found this edgy version with sculpted shoulders at Bliss Couture one day and loved the lines.  Called 'Zerbino', the material appears to be a heavy self-patterned, shuttle woven brocade.

Next thing I receive another of  MyStiCa Matova's new releases from Bizzare Hair and that was enough reason to style me up a storm using various hues of yellow and jet black as my theme..  The hair called 'QT' is a quirky little up do with wisp attachments that is essentially lots of little knots tied with ribbon...soooo cute. 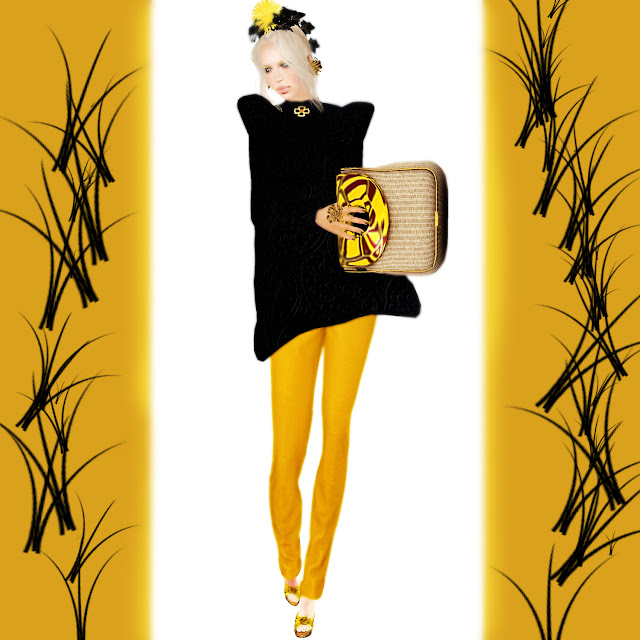 I think one of the thrills of styling for my blog is starting off with one or two pieces and then off I go shopping, putting it together in my mind as I go.  The pants are Dade Slacks in Gold (mesh) from Celoe.  Loving those folds on the lower legs. 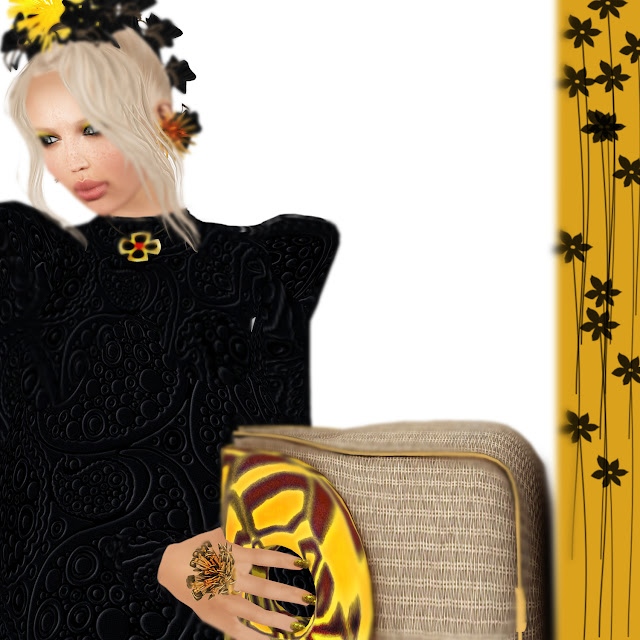 Another trip to LaGyo introduced me to the fabulous wicker bag, 'Lameus Pom' headdress, gold 'Fizz' earrings and the 'Be Careful' ring.  I do tend to go off in LaGyo.  The lovely necklace is called 'Respect' from Nemesis and my shoes are called 'Pietrasanta' from Similar Footwear.

To all those who have had lovers, partners, wives or husbands walk out on them without glancing back, lets YELL a collective

'YOU STUPID IDIOT.  YOU'LL NEVER FIND ANYONE BETTER THAN ME'
Posted by Unknown at 4:03 AM