I think you can tell from previous content on my blog that in the main, I'm not out to discredit people or unearth drama; however, this blog post is different because:


a) I believe and standby what I am saying
b) I'm saying it not for my own gain but to hopefully avert anyone else losing money on false promises
c) Some people need to just STOP long-standing bad behavior
Ladies and gentlemen, we have yet another model agency in town but this one is run by someone I know to be unscrupulous and disreputable. Evely Lane, previously of Vogue and then Evane Models, now owned and operated by Mimmi Boa, is back in business. It was while Evely was running Evane, before Mimmi turned this agency into such a success, that I came into contact with Evely and at one point worked for her. Suffice to say, I witnessed her brand of business and was not impressed.

She promised models training for $5000L and there were many models who either didn't receive it or received sub-standard tuition from someone who really, had no credentials in SL modeling. She made people Top Models and never followed through with work. Even models who won her dodgy competitions never received the stated prizes. She promised work in her non-existent magazine. I watched her bully new models into paying her for training where they were no better off than when they started. There was no schedule, no organization, no structure. Yes this is years ago but like many people who return to what they know, Evely is a recidivist model agency owner.

She has now started Eves Model Agency, Eves Photography and Eves Top Models. Here is an excerpt of her blurb in her group profile.

Now Evely also promotes skins. I am somewhat confused though. The label is called Evana as you can see from the poster I photographed at her store but in her profile it's called Evane. One wonders if she is trying to relive old times by using the brand name of someone else?  Someone who really DOES have a name. 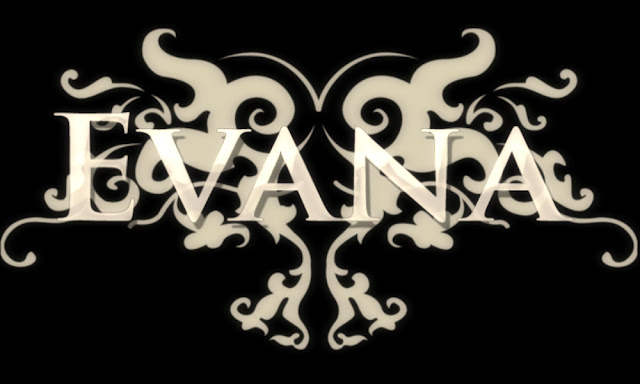 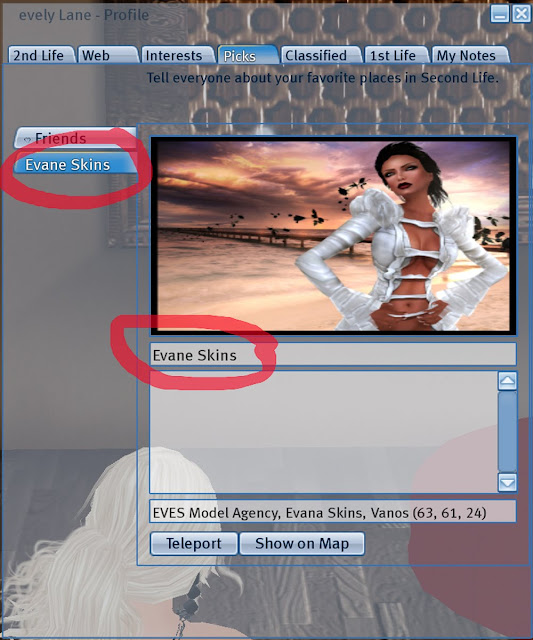 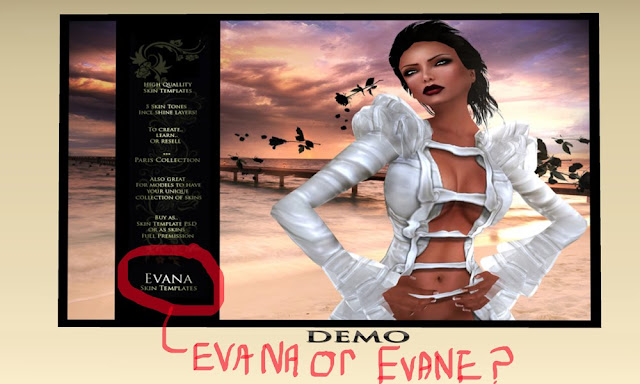 I don't know how long Eves has been in existence or even if the agency is up and running. Regardless, if you have these three groups in your profile and promote yourself as the founder, there's a possibility you're going to work these businesses if not now, at some point. My desire here is to WARN anyone who may read the feeds and are thinking of aligning themselves with Ms Lane.  I encourage you to go ask questions within the fashion world as a form of reference check. There will still be models around today that have been burned and I do believe that unless she's seen the light, she'll do it again.

I learned the hard way and while this is sometimes a good thing that allows you to wise up, I would hate to see aspiring models, or anyone else, lose good money for something that I've never seen come to fruition.

Evely Lane was a specter in the model world.  You knew she was there but there was never any substance.  I'm not enjoying writing this post because I know I am disclosing information about someone who in RL may be vulnerable etc.  I chose to do it because it is RL money that changes hands and if people don't exchange it, there will be no future victims.

I would like to clarify that my references to Evane in the negative only applies to the time that Evely Lane was owner of this business not Evane under the ownership of Mimmi Boa.
Posted by Unknown at 5:18 AM