I Support Pink Hijab Day Too.

Having traveled to Bahrain, Dubai, Abu Dhabi and Jordan, I developed a deep appreciation of Muslim people and their Islamic faith. I always read Syngen Sohmers' blog Sakinah who is the owner and designer of Sakinah selling Middle Eastern clothing for the fashionable Muslim women and also for non-Muslim women.

Syngen promoted Pink Hijab Day on her blog (read here) and Monica Outlander from Miami Fashion Creations created a pink Hijab in support of this worthy cause involving Breast Cancer Awareness. Syngen explains it best so please do hop on her blog and read what the impetus behind this day is all about. Regardless of any other peripheral issues, women supporting women's issues is at the heart of this campaign and I for one think it's wonderful. 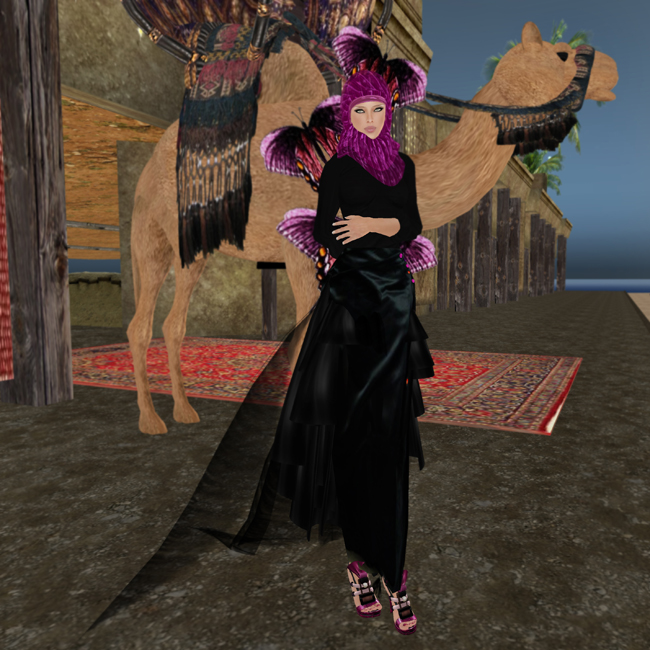 As suggested by Syngen, I visted the OnIslam sim where a lovely guy showed me around the Mosque and provided me with a link to the Qur’an. I was also able to listen to it via head phones and read some of the Qur’an in English in a book laid out in front of me.   It's a beautiful, peaceful sim and I'm so glad I visited and became friends with my unofficial guide.  I met a 'Sister' there and she welcomed me back anytime.  It was such a lovely hour I spent there. 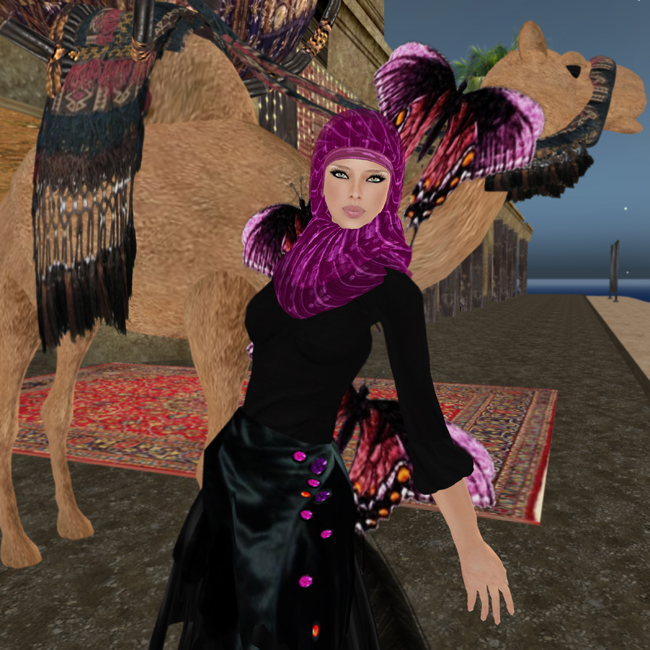 I think Chalice looks her most beautiful wearing this Hijab and I can certainly understand how one would feel very feminine and in touch with their femininity. Difficult to explain but even virtually wearing it, I could feel the allure. This Hijab is the one made by Monica from Miami. Go get one...they're free. 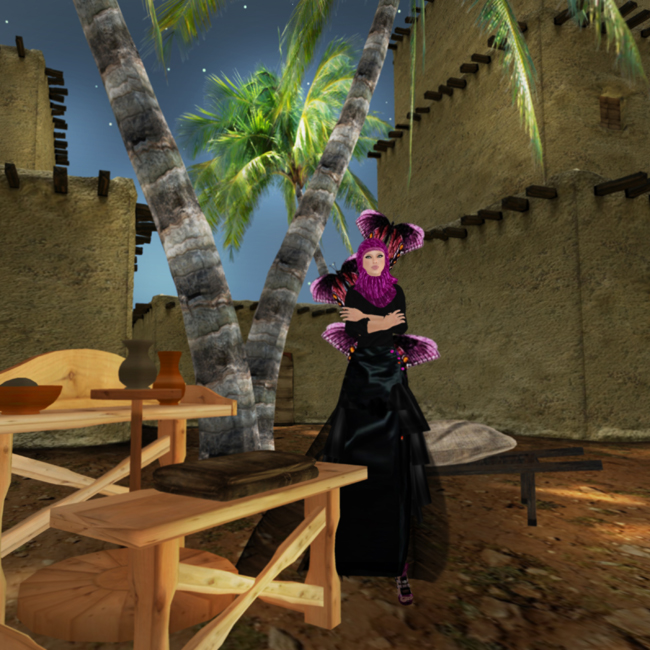 I took these photo's at the Middle East sim and while it might seem a little cliche that I chose this rather obvious scene, my experiences with Islam were in the Middle East and in my opinion, some of the most beautiful places on earth.

I adorned my Hijab with butterfly's as I felt they represented what is underneath the veil...a beautiful woman.
Posted by Unknown at 9:44 PM