Beauty Is In The Eye Of The Beholder...Or The One Who Made The Shape. OK this is not meant to be a nasty post, really it isn't despite how it might look.

I was at Maitreya just people watching when in came this girl who from where I was standing, looked very striking.  I actually liked her shirt and cammed in to take a closer look when I noticed her face.  What seemed a very pretty av at distance, changed dramatically upon closer inspection.

It was her eyes that nearly made my RL eyes bulge too.  There was this girl  where 99% of her av was normal and the other 1% looked downright alien.  Her facial structure was amazing for want of a better word...her jaw and cheeks were jagged and moving to the side, her eyes were positively bulging out of their sockets.  The pictures don't actually replicate how rough the features were and it reminded me how interesting it is to see  how people want to be represented in SL.  I'm not talking about people who deliberately create a weird or exotic avi, but the one's who attempt to recreate their perception of human perfection.

I'm all for unique looking avi's but there is a line between nailing it and not.  It just goes to show that shape creation and the ability to use the sliders so that from all angles you ensure rounded edges is not as easy as it first appears.

I find it fascinating what people come up with when they are attempting to create a normal, human-like avi.  The one's who get featured on What The Fug? and SL Fashion Police to name but two might have what I call ADD.  Avatar Dysmorphic Disorder.

Just another layer of SL that intriques me :-) 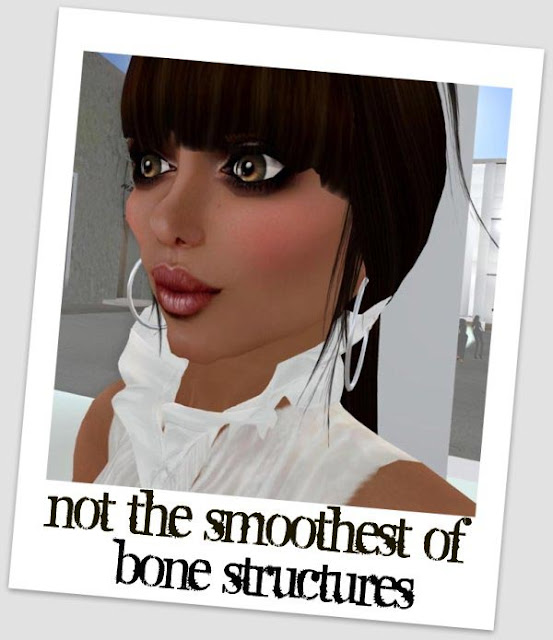 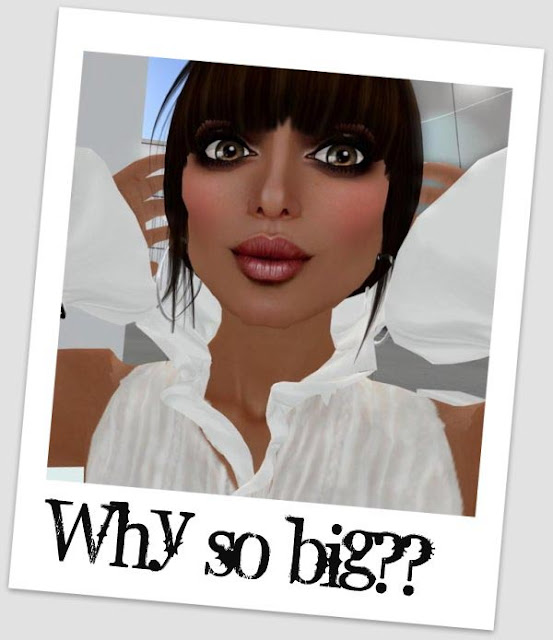