I Worked It Out With A Pencil. 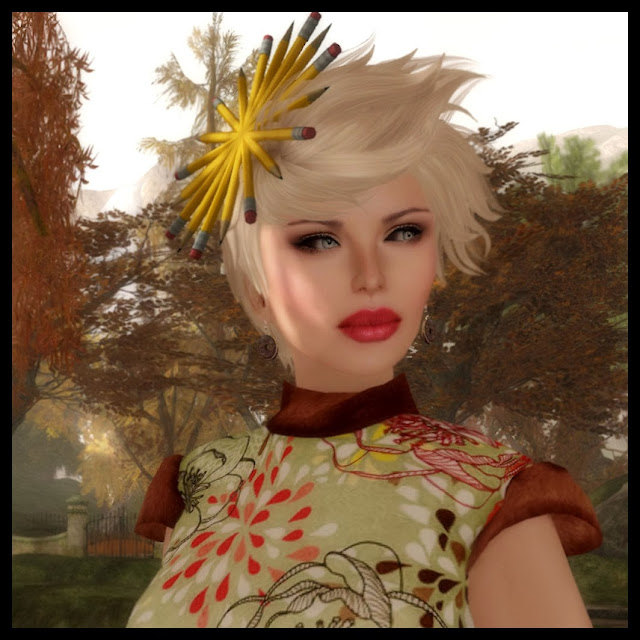 Anyone for a pencil?  Just ask me, I've got plenty in my hat.  I pulled together a neat little look awash with autumn colors but could be great to wear at the races.  I say the races as it's coming up to the Melbourne Cup and in general, the Spring Racing Carnival.  I found the dress at Indie Rose called the 'Peplum' dress featuring the obligatory ruffle sewn at the waist.  The cute pencil hat is from Xen's Hats.

The skin is a new release from Redgrave called 'Liv' and I have it on good authority, Ms Redgrave herself, that she will be releasing Slink hand and feet appliers soon...YAY.  It's a beautiful skin in the pale tone with a lovely selection of make ups and tattoo lipsticks at an affordable price. 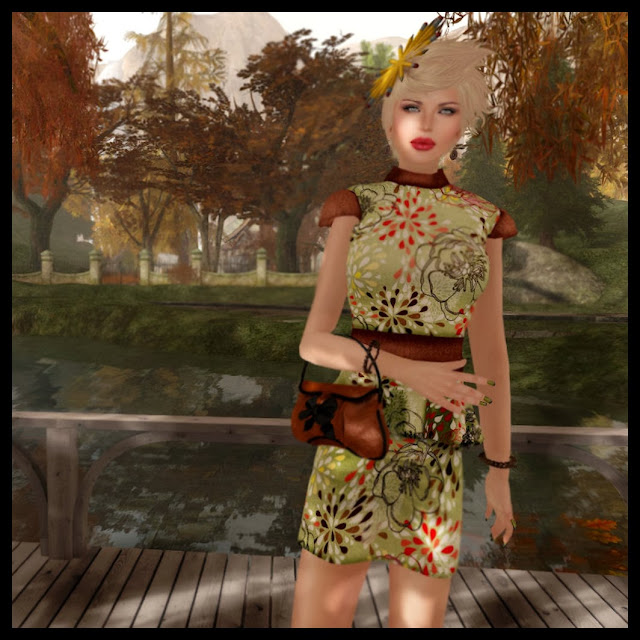 The bag is a little beauty from Je Suis called 'Coquet'.  Loving the black trim and bow. 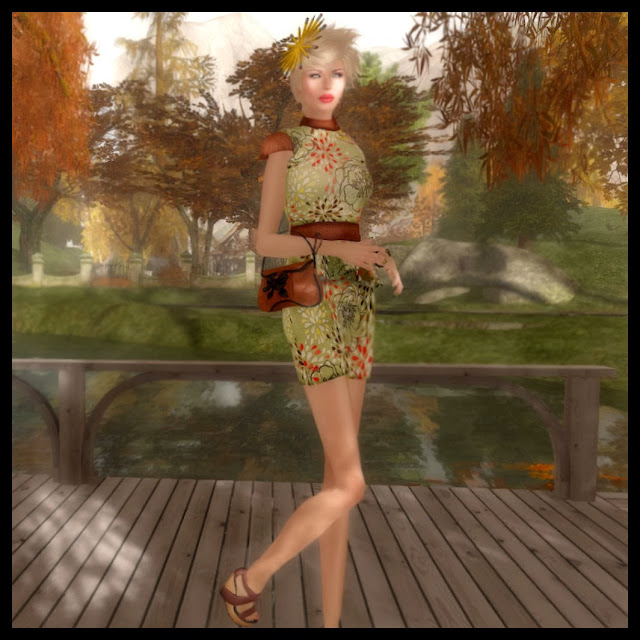 The hair is one of the new releases from Truth called 'Harley'.  Windswept and short, it a lovely style. 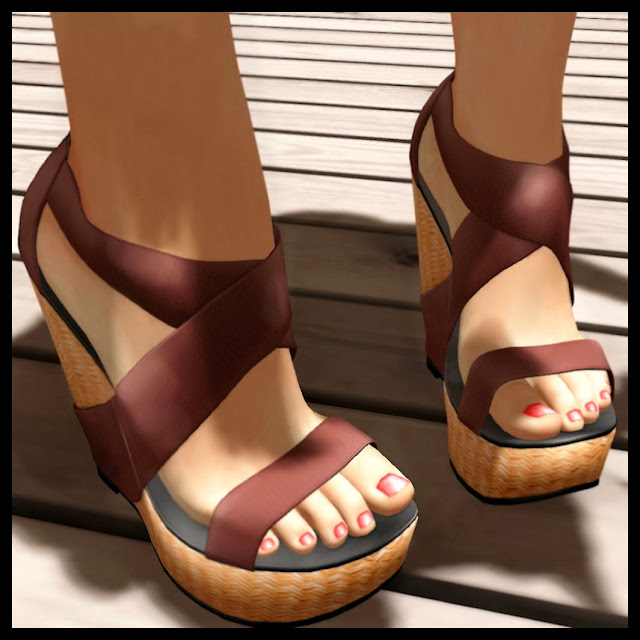 The shoes are from Essenz called 'Lisbon' in brown.