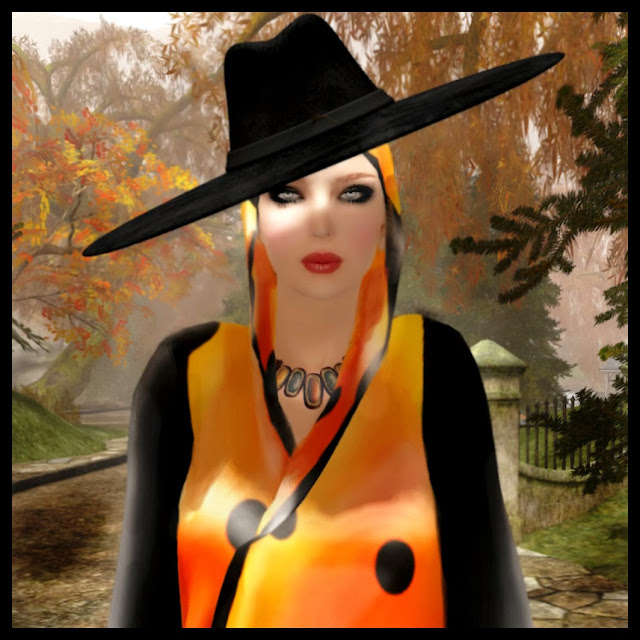 You'll need to put on your shades for this look sweeties.  It's a bright fun look from Living Imagination called 'Sweet Rain' in Orange Ladybird.  I loved the coat that drapes long at the front but tapers up short at the back and covers the head to keep your hair dry.  I decided to pop on my group gift hat from C'est la vie called 'Pretty Big Fedora'.

I again visited EarthStones and purchased a necklace called 'Neisha' in Tigers Eye. 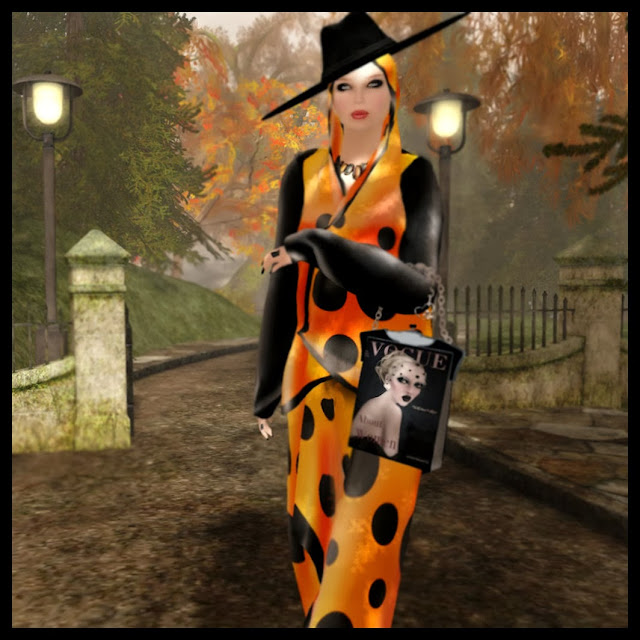 I found this Vogue bag at Solidea Folies which can be worn on the arm or in the hand. 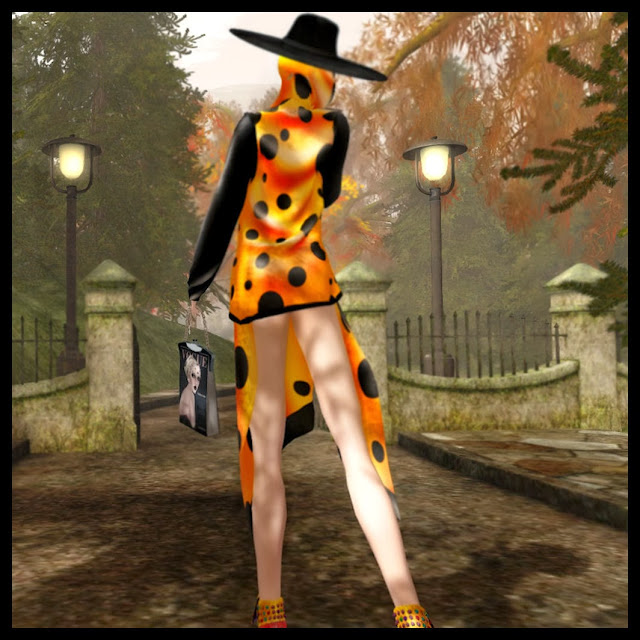 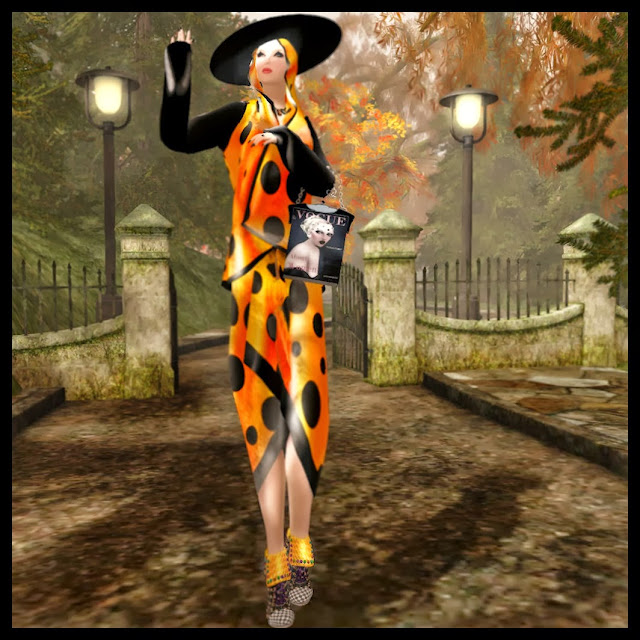 The star studded boots are from ShuShu called 'Trafo' and are amazing in their detail.

I just looked at the long range weather forecast and its not looking too good for my birthday party on Saturday.  Damn Melbourne weather.  Four seasons in one day is oh so true.