C'est la vie...Whatever Will Be Will Be 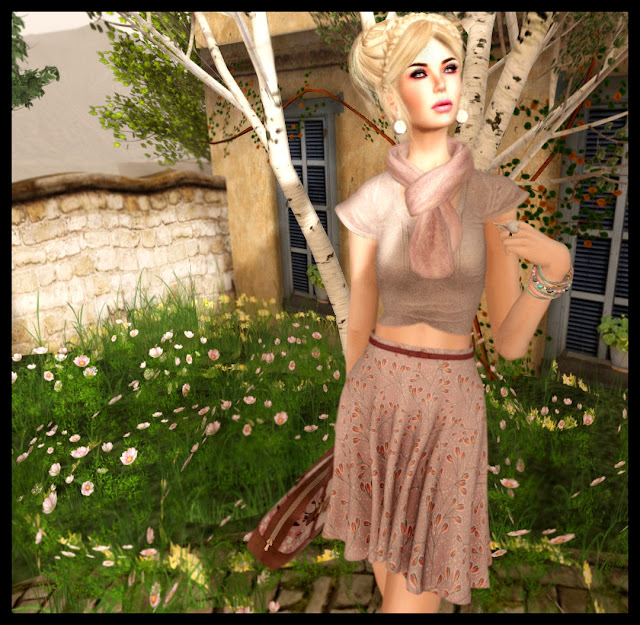 C'est la vie has just released a new ribbon belt skirt and I felt compelled to drop everything and create a style around the skirt.  Available in 6 delightful colors and patterns, the ultra feminine 'budding pink' was my choice.  I also found the soft pink scarf upstairs at C'est la vie and was happy to have purchased it because I love the match.

Now if I'd put down my tub of Ben and Jerry's Ice Cream, this whole process would have been much quicker but you see, I've just discovered it and can't believe you American's have hidden this from me until just recently.  I was a bit pouty tonight when I got to the shop that sells it and found my favorite peanut butter one was out of stock but settled on Phish Food instead.  But I digress....no actually, I've put it back in the freezer.

It's a lovely, lovely skirt and I did a bit of traveling around to style it. My limo driver made a few bucks tonight! 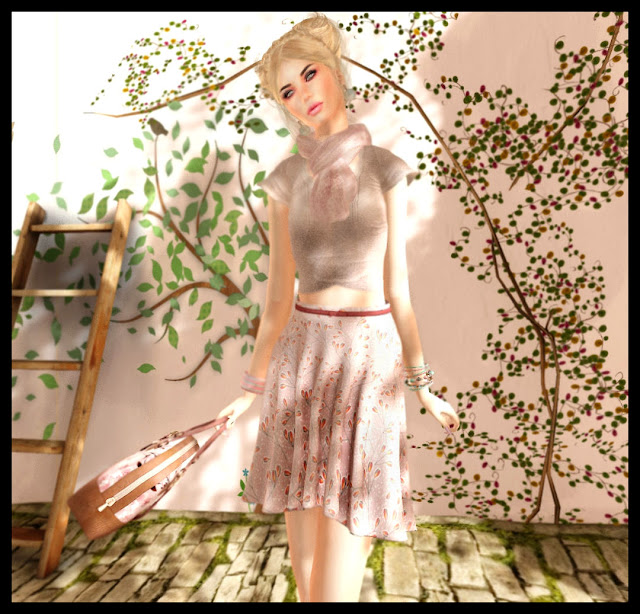 I found the bag at Little Petits Details called 'Geena' and I think its a sympathetic match to the skirt.  That shop really makes my jaw drop when I walk around.  It's almost too perfect and I mean that in a good way. 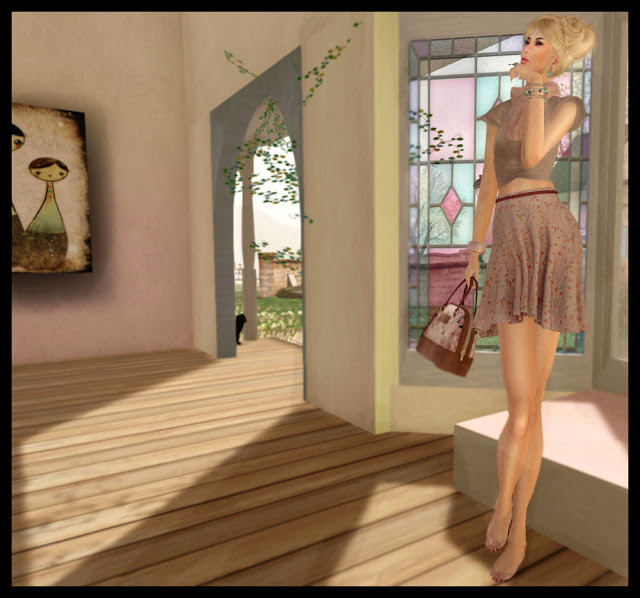 I found the pintuck T and Carnation Flats at Tram.  I knew I could count on them for finishing off the look.  The little flats are just so decorative with little carnation flowers on the front and back of the shoes. 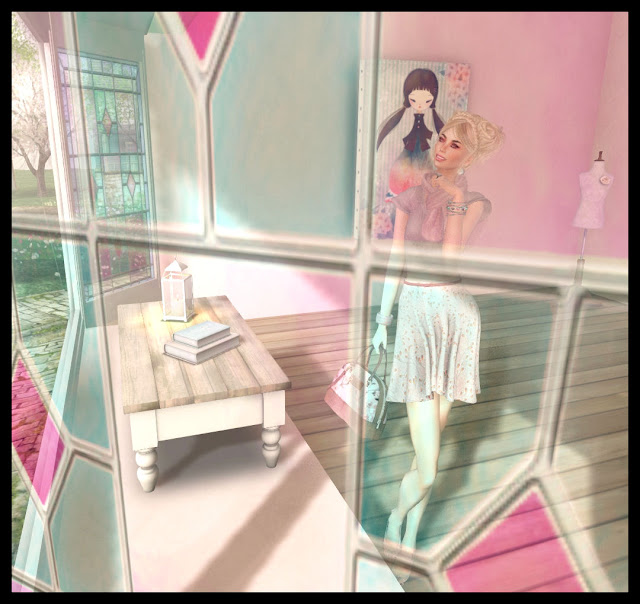 I took these pics at {what's next}.  Is there a truly sweeter place than that sim?  There's just beauty at every turn and an abundance of photo opportunities.  I actually stayed there for ages because they have such peaceful music streaming I was nearly asleep.

I often wonder how many non-bloggers utilize the feeds and I hope its a lot of Second Lifer's.  I want to send out a warning to anyone, particularly new people to SL who may be shopping for shapes.  DO NOT, I REPEAT DO NOT shop at Ramonzita & Catastrophies INC (allegedly aka MissFedorova in SL) on Marketplace.  By her/his own admission, they are copybotted from known models in SL. Boycott the copybot at all costs.  Apart from the fact the unit is loony, racist, ageist, sexist and any other 'ist you can imagine, handing over a cent to this person is WRONG, WRONG, WRONG because someone else's hard work went into creating their SL visual identity and wacko here is trying to benefit from it.  I wanted to make mention of this because its wrong to assume that everyone knows the story behind this individual and may just stumble across these shapes on Marketplace without knowing the history.