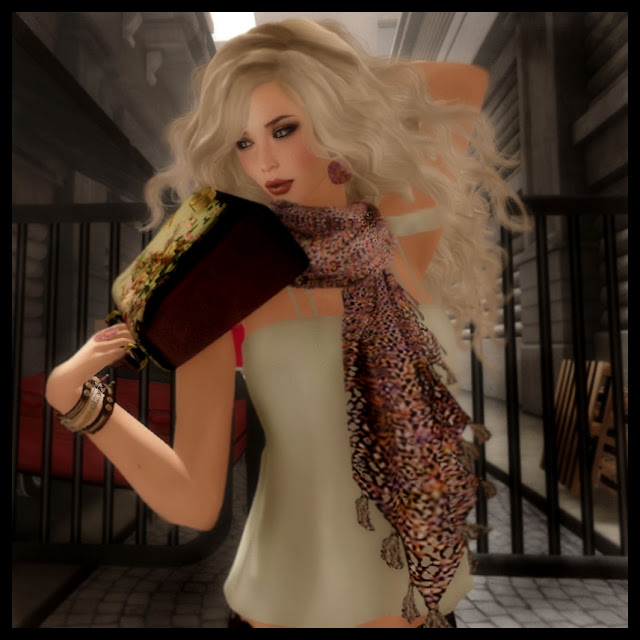 I love a good scarf and I've had this one from Vogue just waiting to blog.  Called 'Sharmine Stole' in Russet, it's the mixture of colors that drew me to it. 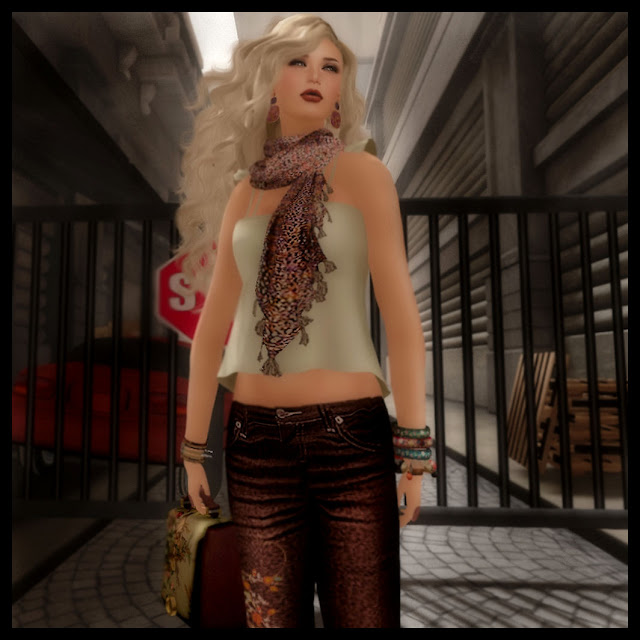 I chose these embroidered jeans in coffee from Bliss Couture and found that the new release bag from Boom worked really well with it. The top is from Kunglers called 'Alicia' in vanilla.  A simple silky little thing that is so versatile. 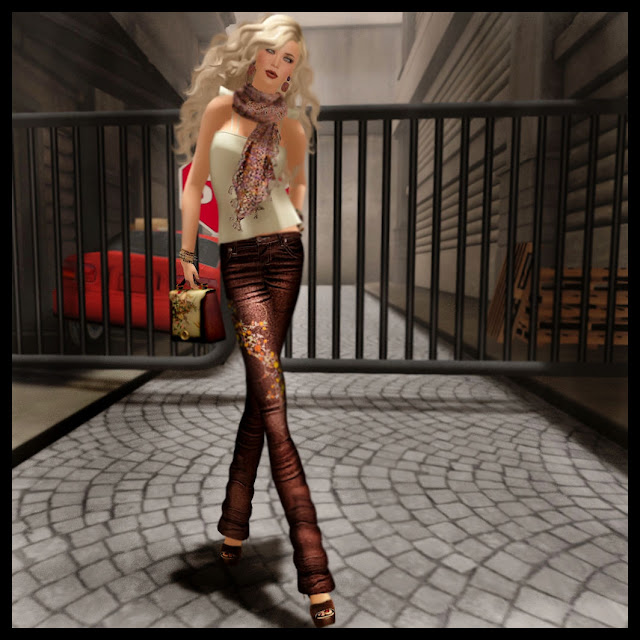 The shoes I found on Marketplace for a mere $99L and I consider them my bargain of the month.  They are from InVerse and are called Vegas Heels.  While mainly building houses/prefabs, InVerse have a small variety of shapes/skins, clothing and shoes.  You wear the hud and can change colors on all different parts of the shoes.  I love them.

I took these pictures at the new Glam Affair sim.  Looks great and I can't wait to go check out all the new releases I believe are in store.  Roll on pay day.