We Need Black And White And Every Shade In Between. 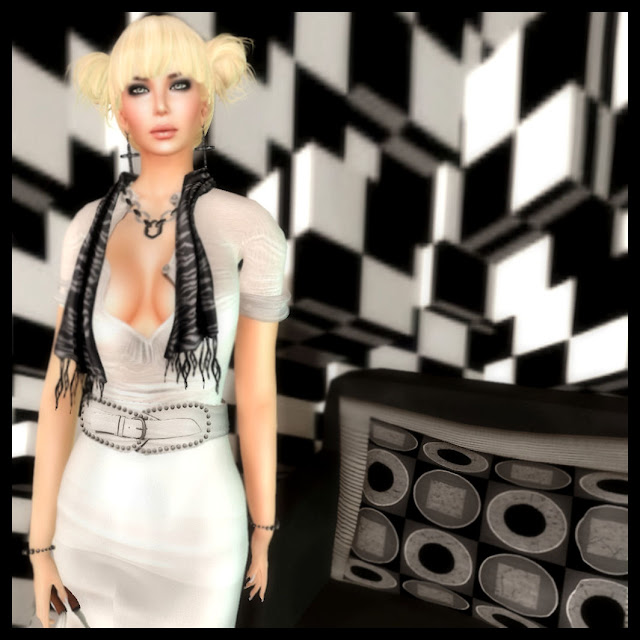 While life's not black and white, Cha certainly is.  I've been going through my 'To Blog' folder and found this 'Horizon' mesh mini skirt from Boom.  Skirts have been one of the biggest winners with the introduction of mesh in my opinion.  I remember the old skirts with prim parts that never seemed to stay in place.  So I set about creating a look around the skirt.

Determined not to simply go out and buy a top but check my brimming folder for something, I found the 'Elsa' shirt from Crazy Clothes.

The hair is a new release from LeLutka called 'Sato'. 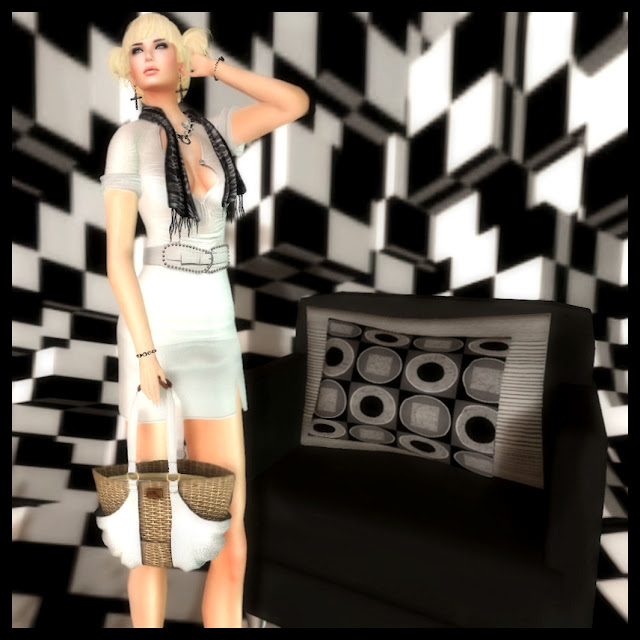 The fab belt is from LeLutka called 'Mi Vida' belt and hugs the waist perfectly.  The scarf I picked up at Zeery's called 'Kingdom Animalia Silk Scarf' in Zebra print.  If you're looking for great scarves, go to Zeery's.  The necklace was a group gift from Pure Poison so get yourself joined up because Ms Shaleene Kenin is very generous with sending her members fabulous gifts. 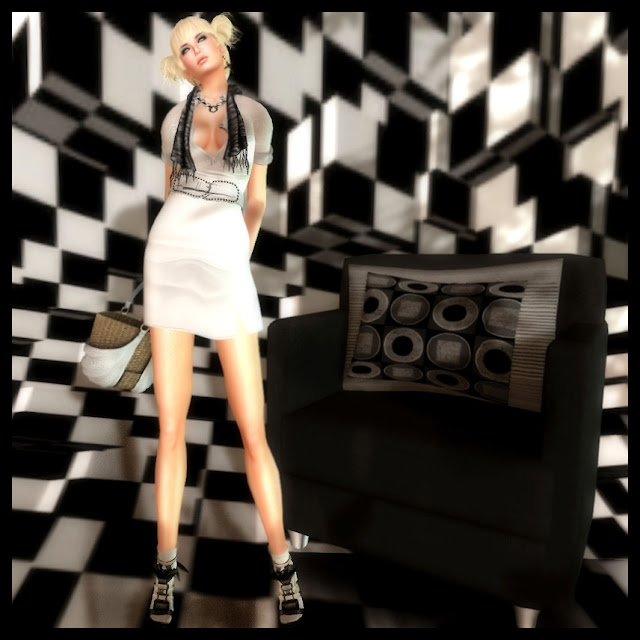 The bag I picked up at CheerNo when it catered for women so is possibly no longer available but you could ask CheerNo's owner if the bag is still in existence and he is willing to sell it.  It's a great bag called 'Kamala' and looks great with the outfit. 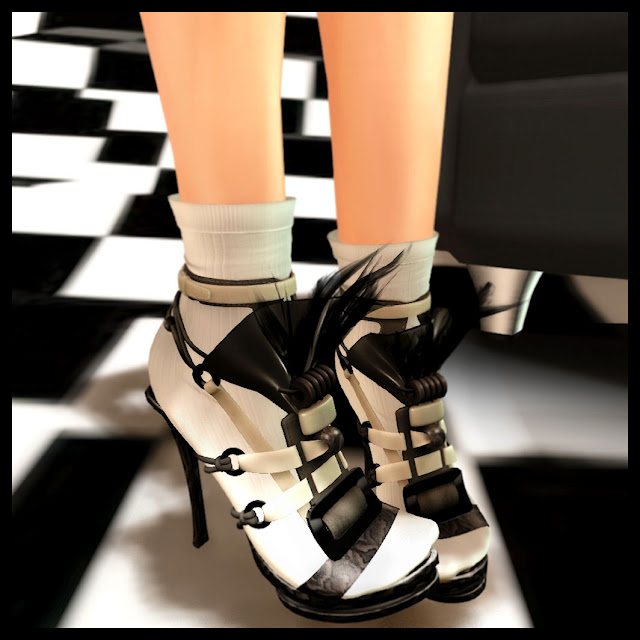 The 'Salience' shoes with socks I purchased from Maitreya when they had their last sale...let me tell you, I was clicking everything like a man woman possessed.  I love these shoes and this was the first time I tried them on.  I always felt that the Salience shoe should have received shoe of the year when they initially came out if there was such an award.

Now on to my Flickr pics.  I simply cannot believe how many hits I have received when I check my stats.  Nearly 7,000 yesterday and well up in the thousands most days.  OMG what's happened lately? While I try to see life with 'the glass half full' mentality, I was suspicious that maybe Flickr was broken but no...people are actually looking at my pics :-)  Thank you so much Flickrites.  I consider that an honor.  Now if only I could get those 7000 to hit up my blog lol.